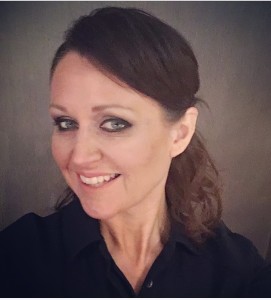 I’m often asked what’s my inspiration behind wanting to be a romantic novelist?

I read in many different genres but the book that I’ve re-read more times than any other is Jane Eyre by Charlotte Bronte. A literary classic, of course. If you’ve read it you’ll know that Jane Eyre has a rather unique persona. A persona which, in my eyes, has laid the foundations for female empowerment since the mid-1800s due to the rebellious nature of Jane Eyre herself.

As a child she was orphaned, unloved, and extremely alone. As she grew up she became rebellious, fiery, and fiercely independent. If anyone deceived her, or treated her unkindly, Jane became her own personal voice of reason as she point blank refused to accept the nasty and unkind comments throughout her life, as the truth. Why should she? Women have a voice too, and, thanks to Charlotte Bronte and other significant women, such as Emmeline Pankhurst ‒ one of the leaders of the Suffragette movement in the 1900s ‒ women gained confidence and became empowered.

Most of my female lead characters are written with Jane Eyre and Emmeline Pankhurst in mind, as I want to prove to my readers that being independent isn’t a bad thing. In fact, knowing your own mind is essential. I find it crazy ‒ although utterly brilliant ‒ how much women writers from ‘back in the day’ continue to influence women in 2017; including myself. Influential women such as Jane Austen, the Brontes and Louisa May Alcott ‒ to name a few ‒whose influence is unbreakable even to this day.

To be inspired by literary and historical figures is one thing but to be able to play a part in continuing such a powerful legacy, whilst also creating independent women protagonists to inspire women of this generation, is empowering in itself.

Jane Eyre inspired me to write from my own heart, straight into the hearts of my readers and I’ll be forever grateful for that.