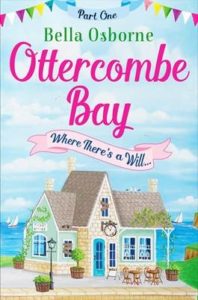 There is no denying I’m a huge, huge fan of Bella Osborne and her books but not only that I’m deeply privileged to have this wonderful person as my friend. So when I heard Bella’s new book was about to be published I knew I wanted to shout it from the roof-tops! In my opinion Bella Osborne’s new book ‘Ottercombe Bay is her best book yet! There is something magical about Bella’s writing that draws you in. So much so that with each book  I read, I don’t want it to end!

Today, I am over the moon to interview Bella – so without further a do …. Let’s fire some questions!

When and why did you start writing?

I’ve been writing stories since I was about 9 years old when my school teacher typed out my story and pinned it to the wall. I carried on writing, mainly because it didn’t occur to me to stop, but it was only for pleasure and didn’t amount to much. That all changed in 2013 when I decided to see if I could write a full length novel, which I did, and was lucky enough to be signed by HarperImpulse, part of HarperCollins, and my debut novel was published in 2015.

What inspires your writing?

Anything, everything and nothing. Sometimes the tiniest hint of something, either a snatched conversation, a news article, a dream or a random thought can trigger a whole story thread or produce a character trait and it just builds from there.

Do you have any writing rituals to get you in the mood for writing?

No, it’s all about getting my bum on the seat and keeping it there! I’ve discovered that I write best when I’m at my desk in my spare bedroom with a large mug of tea and a stock of custard creams.

Which writers have influenced your writing?

I love writers such as Katie Fforde, Jill Mansell and Milly Johnson because I think they add an extra layer to romance stories and this is something I try to emulate in mine. I am also a huge Richard Curtis fan and I think he has definitely been an influence too.

Describe your latest book to your readers

My fourth novel ‘Ottercombe Bay’ is set in a fictional Devon seaside town. It’s the story of Daisy who is forced to return to Ottercombe Bay when a relative leaves her something unusual in their will. As the place where her mother died the town holds sad memories as well as a number of questions for Daisy so she must come to terms with her past before she can make something of her future. With a cast of quirky locals, a few gin cocktails and a black pug with lots of attitude, there’s more to the sleepy town than Daisy remembers.

Ottercombe Bay is being released as a four part e-book serial. Part one was published 28th December with the others following at circa seven week intervals and the paperback of the whole story will be published summer 2018.

Do you have any tips for aspiring writers?

Seek out other writers, it’s a lonely business staring at a screen for hours. Whilst your family and friends will be supportive they don’t fully understand what it’s like to have characters marauding through your head at 3am. I joined the Romantic Novelists’ Association on their New Writers’ Scheme and have made some amazing friends who totally understand the marauding character thing and are always there to offer support when needed.

What is your biggest pinch me moment to date? – – Lee Ryan springs to mind!!! Ha ha

That was such a great night. To be at a party and be able to chat to legends such as Paula Wilcox and David Baddiel was fantastic and obviously getting a hi five and a hug from Lee was the icing on the cake! I think other than that it was when a reader came up to me at an awards dinner and told me she was a huge fan – it was humbling and quite surreal.

What’s next for Bella Osborne?

I’m looking forward to seeing what 2018 holds for me. I am currently writing my fifth book which has the working title of Park Life and whilst it features an urban park there are also quite a few scenes in the protagonist’s office. This is partly because I have circa 30 years of office based material floating around my brain. Don’t worry I’m being very selective about which bits!

Ottercombe Bay part one can be ordered here: 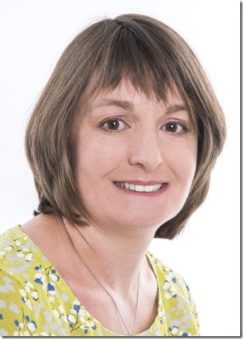 Escape to the Devon coast, with Part One of a brand-new four-part serial from the author of Willow Cottage.

Daisy Wickens has returned to Ottercombe Bay, the picturesque Devon town where her mother died when she was a girl. She plans to leave as soon as her great uncle’s funeral is over, but Great Uncle Reg had other ideas. He’s left Daisy a significant inheritance – an old building in a state of disrepair, which could offer exciting possibilities, but to get it she must stay in Ottercombe Bay for twelve whole months.

With the help of a cast of quirky locals, a few gin cocktails and a black pug with plenty of attitude, Daisy might just turn this into something special. But can she ever hope to be happy among the ghosts of her past?